As you know, the most popular olive oil is Extra Virgin, squeezed out of fresh olives mechanically right after harvesting. It is mainly produced in the Mediterranean, especially in Italy, Spain and Greece (although countries such as America and Australia also produce it). As in winemaking, climate, soil, variety, way of collecting and pressing olives affect the nature of the oil. 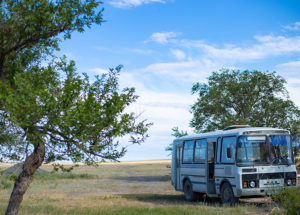 The assertion that Italian or Spanish olive oil is better than others is just a stereotype related to the fact that these countries produce a large share of the olive oil consumed in the world. Especially Spain, which produces three more than Greece, Italy and Portugal combined. But more does not mean better. Because of the larger volume of production, the Spanish product is often not quality, since it is produced using chemicals. Mass gatherings of olives are made mechanically, and everything is involved in the spin process, including rotten fruits and foliage. Therefore, the oil is chemically cleaned and a part of a good Extra Virgin oil is added to it, for taste and smell. The share of high quality Extra Virgin oils in Spain is only 20% of the total production.

Using ignorance of the consumer, poor-quality oils often stand out like the best. You should pay attention not to the country of production, but to the signs of quality and awards …

It is not possible to say which olive oil of which country is better. In each of the countries mentioned above, high quality Extra Virgin oils are produced. If, for example, you look at the oils that have received gold at the New York International Olive Oil Competition, you can find on this list oils from Greece, Italy, Spain (which is not surprising in principle), but also from Portugal, the United States, Slovenia, Chile , Morocco, South Africa and other countries.

It can not be said that among the winners one olive oil is better or worse than the other, since they meet all the requirements of the best olive oil of the first pressing. So you can not say that the oil of one country is better or worse than another. They can have radically different smell, taste and color, but everything depends on your preferences. In the price segment, they will be approximately equal. Use what you more like.

Peculiarities of the taste of olive oil

The oil is evaluated by three criteria – fruitiness, bitterness and pungency. The aroma, smell and color of the oil can vary radically depending on the variety of olives, the region and the seasons. Even the microclimate affects the taste and aroma of the oil. Oil from olives of the same variety, but grown in different regions, will have a different taste. 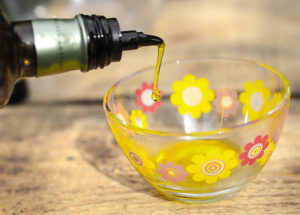 In the world there are more than 700 different varieties of olives and each country produces oils from certain sorts, characteristic for it, like, for example, Koroneiki in Greece. Each sorts of olives has its own taste characteristics: acid, sweetness, witticism and much more. The same characteristics are obtained olive oil.

Generally speaking, the hotter the country, the stronger the aroma of oil. It is also possible to flavor olive oil with herbs and spices, soaking them in oil for ten days.

Oils from Spain are usually smooth, sweet and fruity, with hints of melon and nuts and very weak bitterness – they are quite versatile.

The taste of Italian oils varies from region to region. The north produces oils that are soft, they are very well combined with fish. Oils from the center of the country are stronger, with grassy notes. Southern Italy, including Sicily, produces oils that have a more dry, herbal flavor.

Greek olive oils are herbal, fruit, and sometimes peppery – good in all respects.